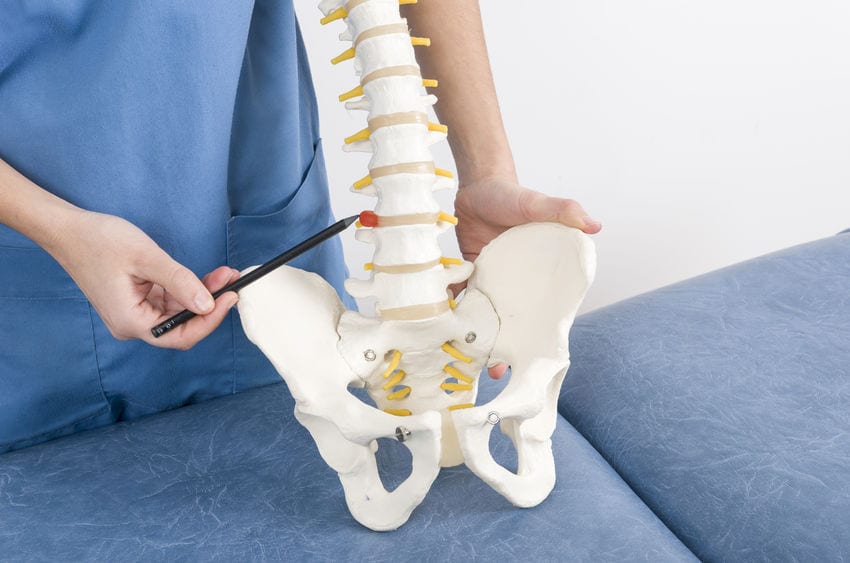 Your first thought is likely to be of a bulging disc when you hear ‘herniated disc’—you’re right. A herniated disc occurs when a nucleus portion pushes through a crack in the annulus. This causes pain, muscle weakness, and loss of range of motion.

There are a variety of treatments for a herniated disc, but some of them carry a high risk of long-term side effects. That’s why it’s essential to find the right method and to help you decide, here is more information about these treatment options.

How to Diagnose a Herniated Disc

A herniated disc can be diagnosed by studying history or physical exam. Your doctor assesses your range of motion, muscle strength, and the amount of pain you experience during diagnosis.

The doctor may also perform an imaging test to rule out other possible sources of back pain. The myelogram test uses a contrast agent to create a black and white image of the nerve roots and spinal cord.

What Is a Herniated Disc in the Neck?

A herniated disc in the neck is a rare occurrence, usually caused by a chondromalacia—cartilage matrix disorder—that softens the cartilage. It’s also known as osteochondrosis or mild bilateral joint laxity.

A herniated disc in the neck is accompanied by other symptoms such as a bulging or raptured neck muscle, difficulty swallowing, and a dull ache in the back of the head.

What Are the Different Types of Herniated Disc Treatment?

Given the high risk of complications and long-term effects of some extreme treatments, it’s good to remember that a herniated disc does not necessarily need to be treated with surgery or invasive therapies.

Is the most serious form of herniated disc treatment, and it’s only used when other forms fail to correct the problem.

Conservative therapy is a less invasive option that usually involves a series of stretches, heat treatments, and back massages.

This is the least invasive option, and it involves using a chemical agent to reduce the pressure on the nerve root.

Stretching, core strength, and balance exercises can all help to strengthen the surrounding muscles and ligaments—reducing pressure on the nerve root.

It’s essential to find a doctor who understands how to treat herniated discs to get better results from your treatment. A doctor specializing in back pain treatment is better equipped to treat your specific condition while also addressing any other issues causing your back pain.

You can try these simple exercises three times a week to get the most out of them.

Lying Straight Leg Raise: While sitting, raise one leg to about 45 degrees. Hold for 30 seconds and then lower. Repeat with the other leg.

Kneeling Groin Stretch: Bring one knee up to your chest while sitting. Hold for 30 seconds and then switch.

Dynamic Trunk Rotation: Start in a standing position, with your arms at your sides. Twist your trunk as far as you can to one side and then back to the center. Do 5-10 reps on each side three times each day.

The best way to heal a herniated disc is to rest. By keeping the spine neutral and the core engaged, you can decrease the risk of re-herniating your disc. This means avoiding strenuous activity that causes pain and laying off the back-breaking labor.

The type and severity usually determine the best-herniated disc treatment option. For mild cases, rest is usually all that’s necessary. Severe cases, however, may require surgery.

In these cases, it’s essential to find a doctor who specializes in treating herniated discs. Find out more at Silverman Chiropractic and Rehabilitation Center™ in Miami for more information on herniated disk treatment and other injury rehabilitation.

Call us today at 305-999-5966 to schedule a initial consultation or you may contact us online.